*Dry powder extinguishing agentis a small particle made by mixing the fire-fighting base material (e.g. baking soda, ammonium carbonate, ammonium phosphate, etc.) and the appropriate amount of lubricant (magnesium stearate, mica powder, talcum powder, etc.), a small amount of moisture-proof agent (silicone), which is made of carbon dioxide as a jet power. Introduction: sprayed powder, concentrated, fine particles, covered in solid burning material can constitute an isolation layer to block combustion, while precipitating non-gas, so that the concentration of oxygen in the air is reduced, the flame extinguished. The 8kg fire extinguishing machine can be sprayed for 14 to 18 seconds and has a range of about 4.5m.

It is suitable for extinguishing the initial fire of oil, flammable gas, electrical equipment and other items.

A series of physical chemical reactions in which dry powder comes into contact with flame are as follows: Sodium bicarbonate in dry powder is decomposed by high temperature, the reaction is heat absorption reaction, the reaction releases a large amount of carbon dioxide and water, water heat into water vapor and absorb a large amount of heat, play the role of cooling, dilution of flammable gas;

Reduces the evaporation rate of the liquid.

1. Dry powder extinguishing agent can not be used with protein foam and general foam.

Because dry powder has a greater destructive effect on protein foam and general synthetic foam.

2. For some highly diffused gases such as: hydrogen, acetylene gas, dry powder injection after the gas difficult to dilute the entire space, for precision instruments, instruments will leave residue, with dry powder fire does not apply 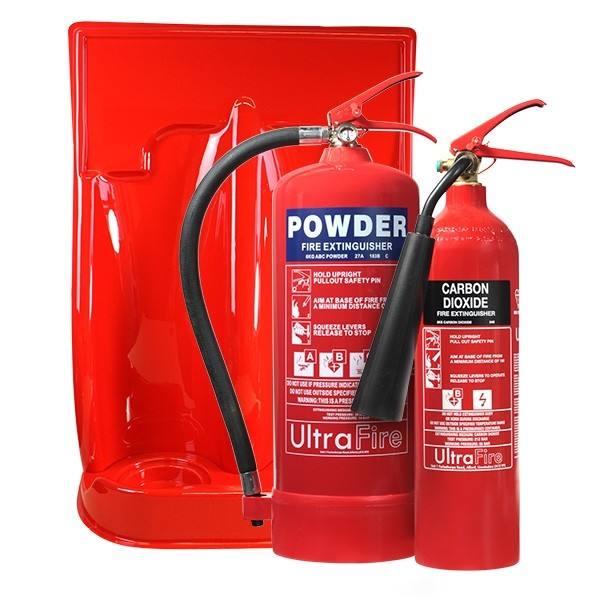 Previous: China Fire 2019(18th International Fire Equipment Technology Exchange Exhibition)
Next: What Is The Difference Between R404a And R507a