The overall performance of Refrigerant R134a's monthly export volume in January-August 2019 was general, with a small increase, with a relatively significant increase in export growth in March (due to the impact of the concentration of shipments after the Spring Festival holiday).

After May 2019,Refrigerant Gas R134a's monthly exportvolume was slightly higher than in the same period in 2018, mainly driven by the Latin American market. China's Freon R134a exports to all continents, only the European market has shrunk. The possible reason is that The use of Refrigerante134a has been reduced due to the gradual introduction and implementation of local environmental laws, while the international fluorochemical giants are promoting R134a alternatives in Europe.

The increase in purchases of China HFC Refrigerant R134a by North America, South America, Asia and Africa offset the decline in the European market, resulting in a small increase in China's R134a exports as a whole. 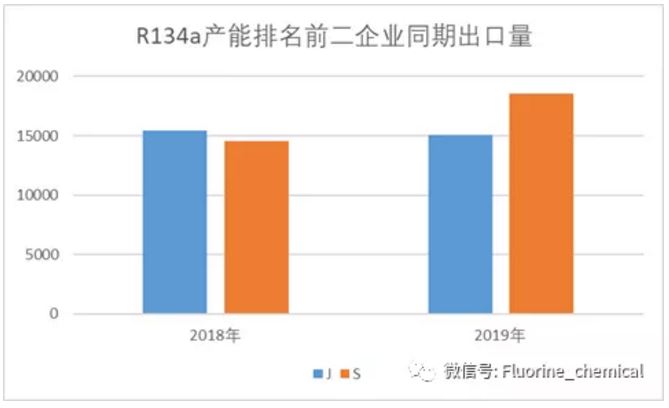 It is expected that in late 2019 China Car Refrigerant Gas R134a, although there will be a growth phenomenon of foreign inquiry orders, but the fact that the domestic excess capacity will still restrict the rebound in price trends, production enterprises in exchange for volume, price to maintain market share will continue to increase, the market as a whole or will continue the downturn trend,

The market competition, represented by enterprises with overcapacity, will continue to be staged.